One of the surprising discoveries I made during my visit to the Rijks Museum is that early 17th century prints were not necessarily produced for only walls or to be housed in albums. There was a whole industry of prints produced for people to use in craft work as clip art. Apparently cutting out prints and pasting them to form new pictures or using them as decorations in craft work became a rage. Publishers responded by producing books of prints to cut out. 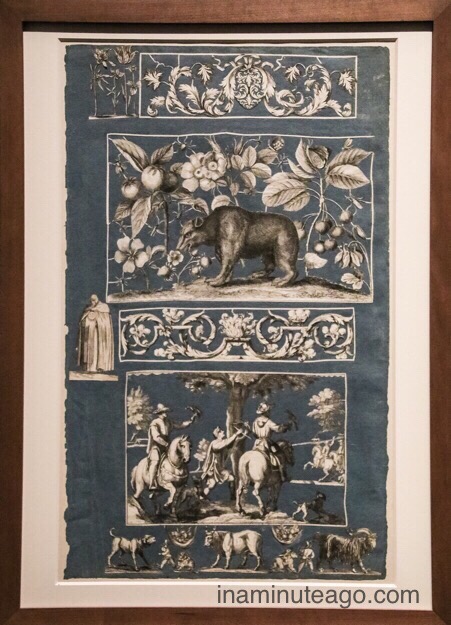 This blue collage sheet is from an album decorated with cut-out prints by Hendrick Goltzius, Arent van Bolten. The curators of the exhibit think that the full album contained over 2000 cut-out prints, that had been enthusiastically collected over several years. 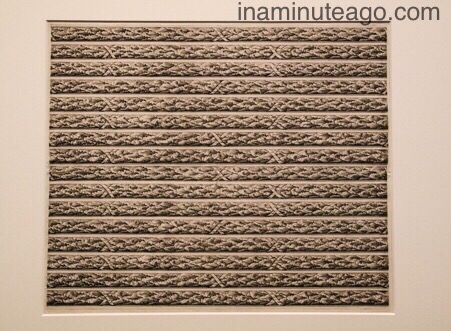 Even the adult colouring-in craze is not new as this is a complete sheet of printed borders to use as frames. Often these were coloured-in by the crafters. 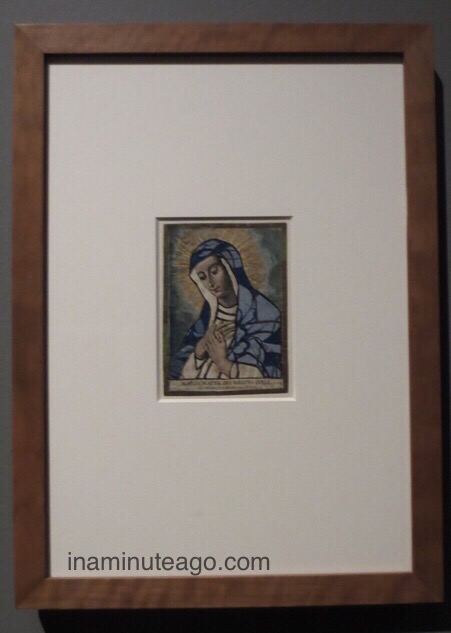 This devotional print has many sections that have been cut away and replaced with blue and white fabric.

I never knew that cut and paste clip art could lay claim to being part of paper arts history. Discovering this tradition alongside the famous Dutch painters delighted me.